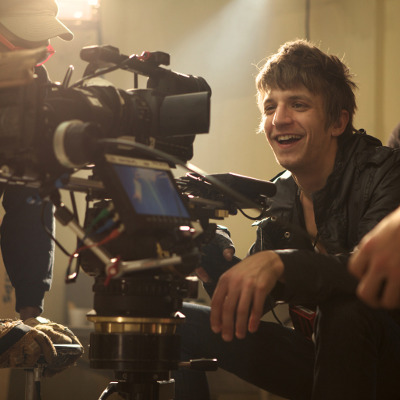 Step into the film and TV industry and get exclusive insights into the role of a Film and Television Producer, Unit Production Manager (UPM), and Assistant Director (AD) with instruction and guidance from leading producer Trisha Flood.

We do not have any dates for this course at the moment, please contact us.

During the course you will have opportunities to network in an informal setting with fellow attendees, tutors and representatives from the film and TV industry.

Who Will Benefit From This Film and TV Production Course?

This course is aimed at people who want to “step into” the film and TV industry as a producer. This course will suit those with a passion for film, as well as professionals who wish to gain an additional skill within their employment. This will also appeal to those looking to take the next step into the world of professional film and TV production by gaining a thorough understanding of production practices.

This is a bespoke course that caters for all skill levels. You will be given feedback and your work will be critiqued by course instructor, Trisha Flood, a working film and TV producer with many years' experience at the highest level.

On the successful completion of your course, you will be awarded a personalised Irish Film School Certificate of Completion in Film Production, signed by producer Trisha Flood, in recognition of your educational achievement.

You will also be invited to join the IFS Alumni Association where you can continue to exchange information, share tips and receive exclusive offers and invitations to events.

This three-day Film and TV Production course is designed to give you a hands-on, intensive and immersive introduction into making a short, film or TV show.

The IFS social programme will allow you to network with like-minded individuals and build valuable relationships and contacts with your fellow students and with professionals from within the film and television industry.

At the end of the course you will have gained a unique insight into the roles and responsibilities of a film and TV show producer and you will have learnt how to produce a feature film or TV show.

Upon successful completion of the course you will be presented with a personalised Irish Film School Certificate of Completion in Film and TV Production, signed by producer Trisha Flood, in recognition of your learning and achievement.

Our Alumni Association will allow you to stay in touch long after your course has finished and will give you a forum where you can exchange information, share tips and receive exclusive offers and invitations to events.

This course will give you the confidence to go on to further study, to begin working in the film industry or to change careers. Many of those in employment will add value to their CVs with a new skill in film and television production and could receive a promotion or an increase in salary as a result of completing this course.

Places are strictly limited to a maximum of 30 students per cohort. So, take your first step into the business and contact us today!

"I would like to thank the IFS for their comprehensive courses. Trisha Flood’s classes on Film & TV Production were both instructive and enlightening."